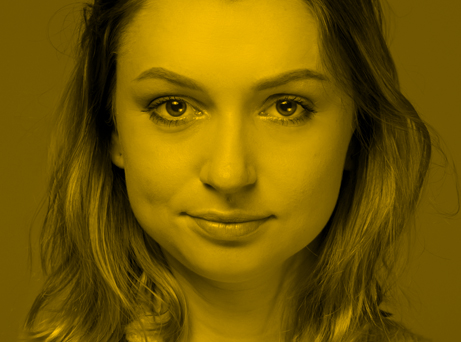 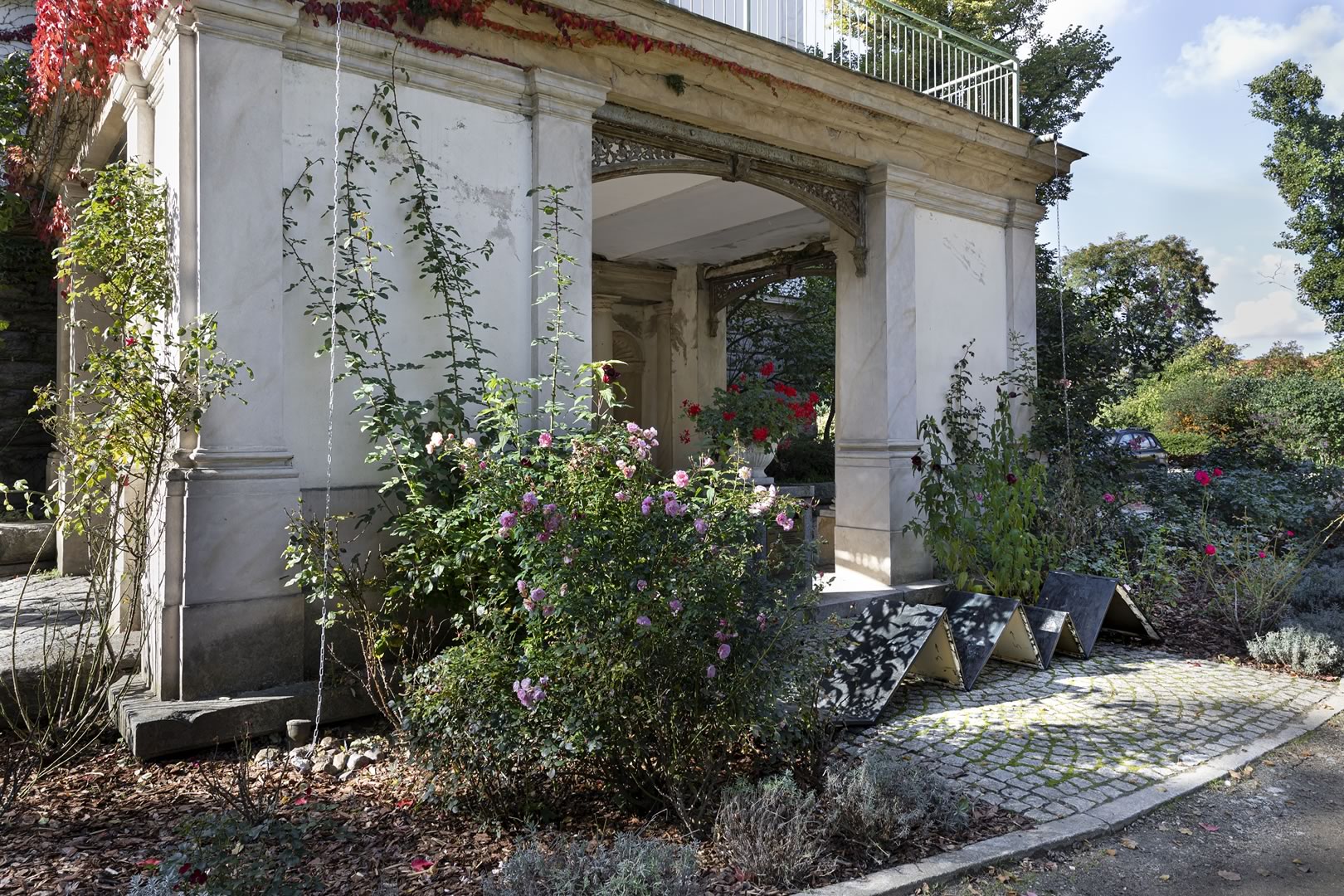 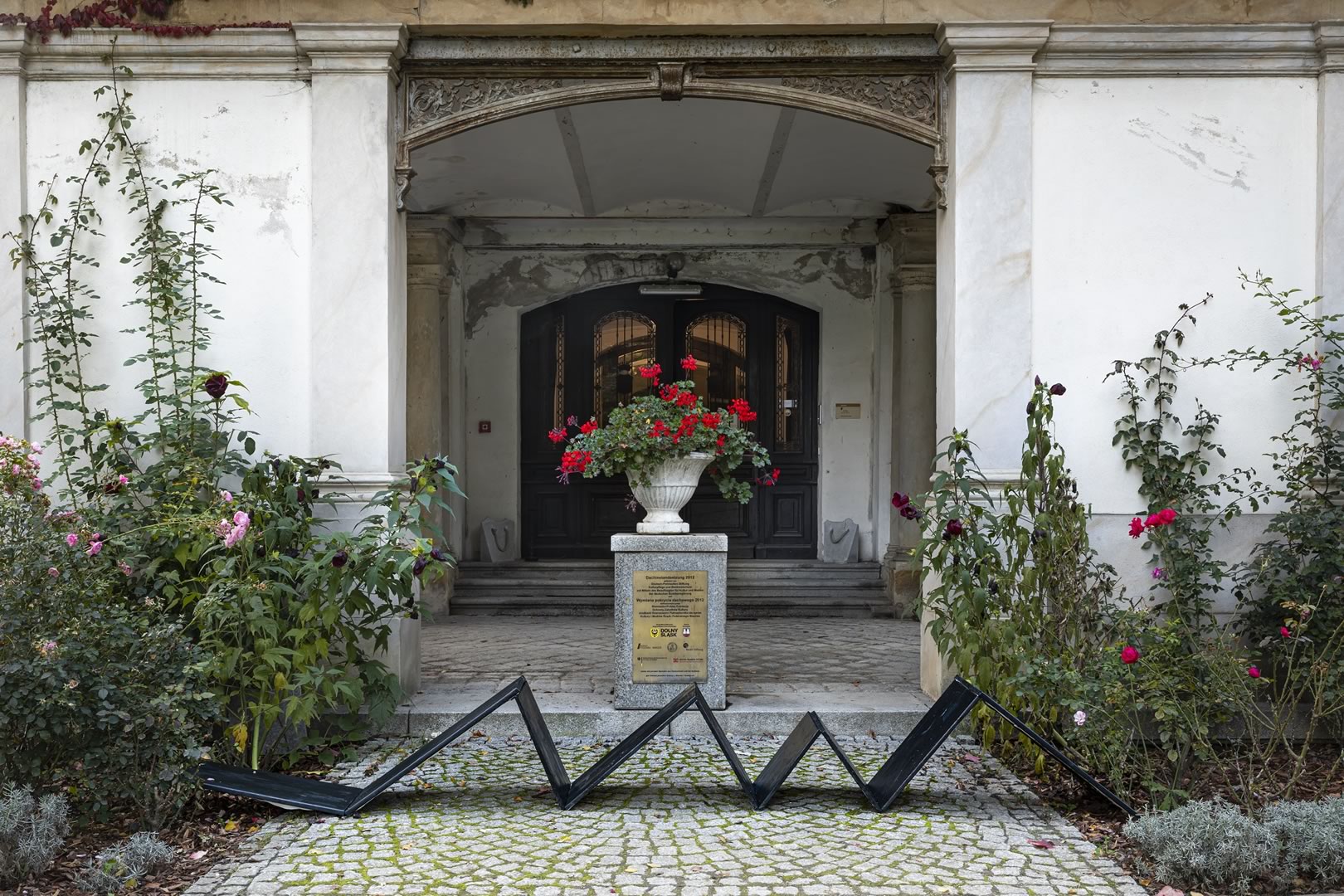 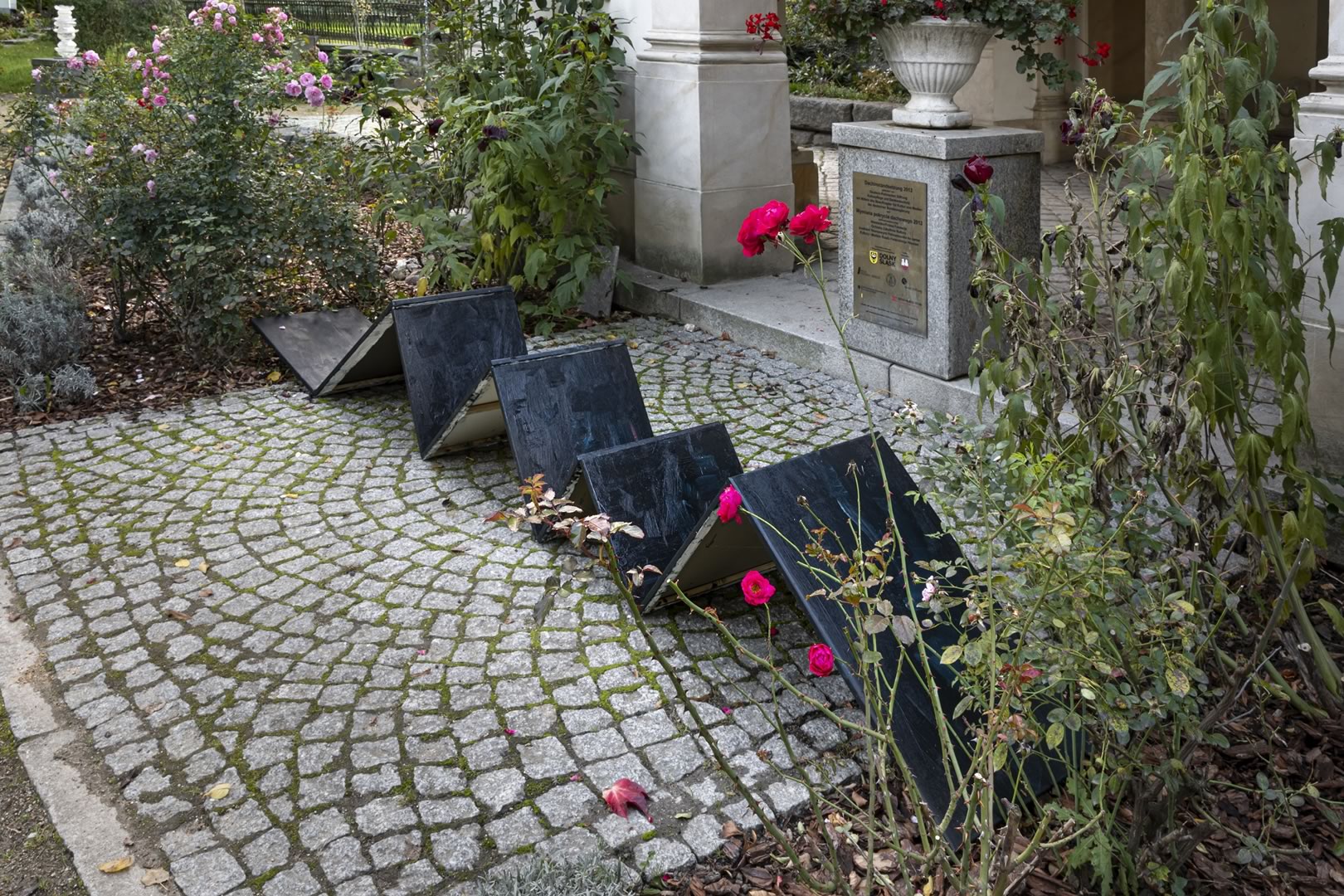 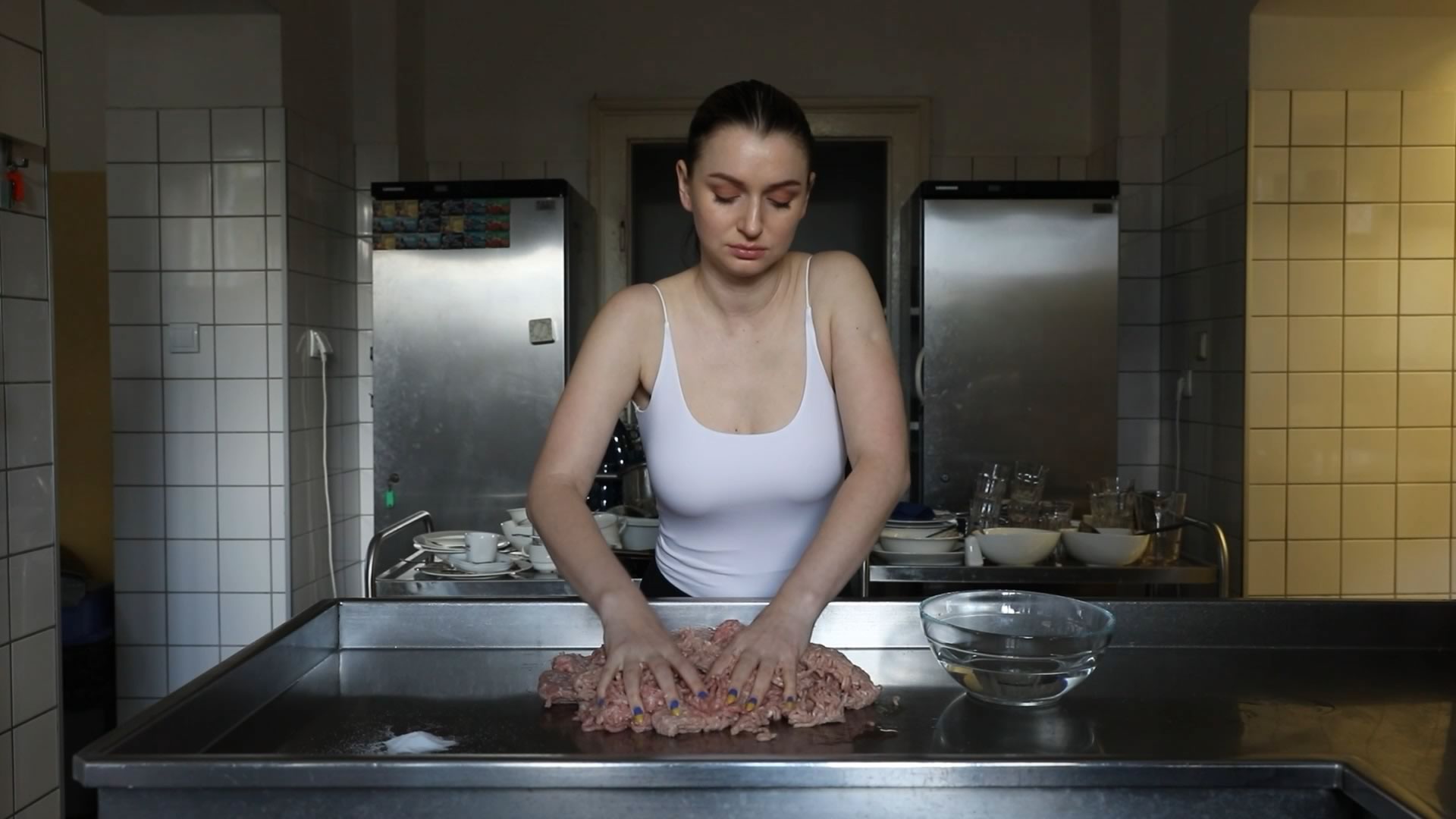 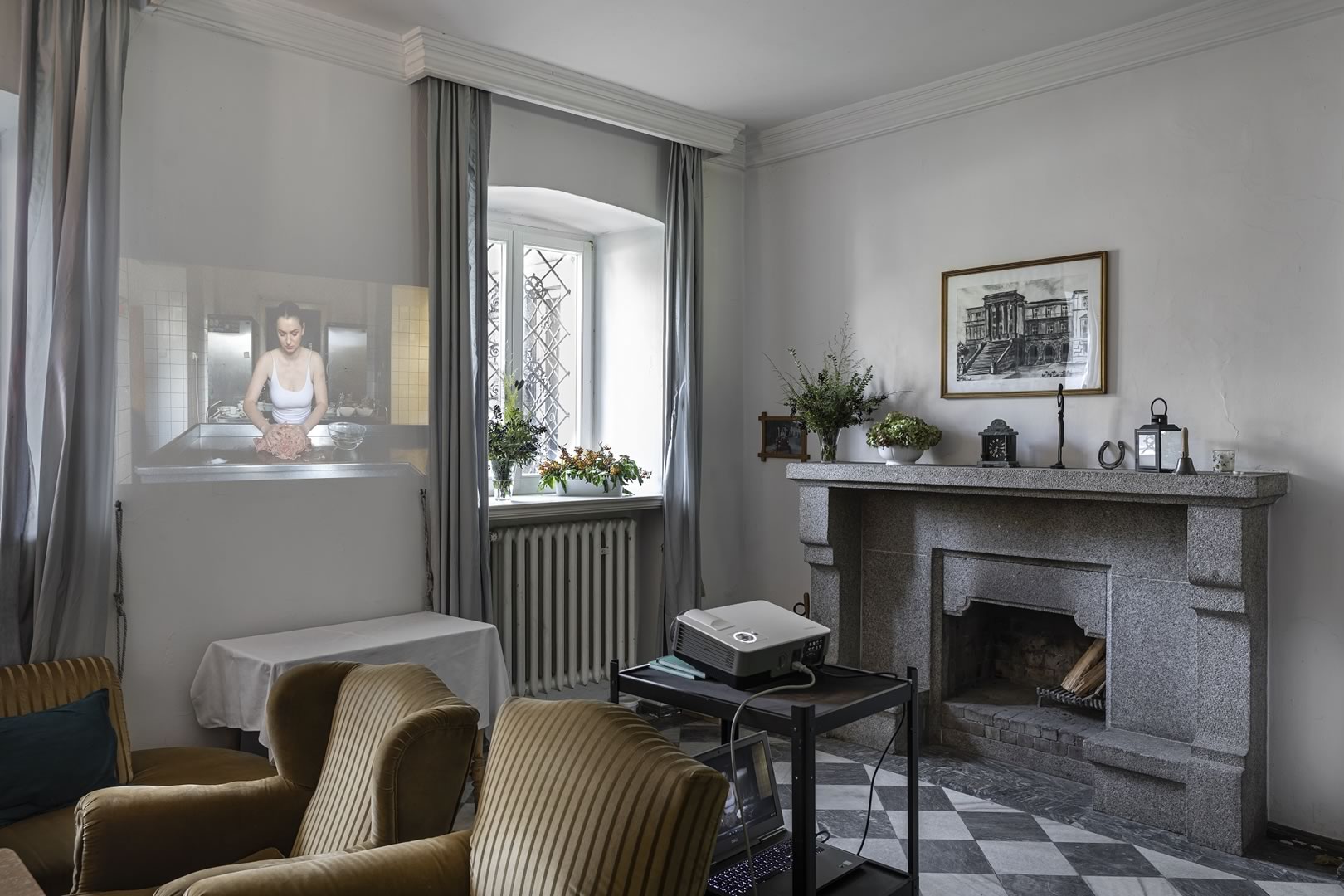 The palace in Morawa, as a result of post-war partitions, ended up on the Polish side of the border. However, after many years, history came full circle here, and the pre-war resident of the palace once again became its occupant. A certain cycle of change resulted in a return to the starting point. The physical boundary no longer exists here, but did its abolition obliterate others as well? Or did it create new ones? These questions provoked me to face them in the context of the changes that occurred here. By building my painting installation at the entrance to the palace, I thereby created a new symbolic boundary to cross. How it will be treated depends only on ourselves.

For some time I have been exploring the topic of the border – the physical one, as well as the mental one, which is only in our heads. Moving within the narrow border strip, I explore the phenomena that occur at the intersection of different fields. The painting object Border is the result of my work in this area.

One of my childhood memories is the ritual of my mother preparing chops for dinner. The ground meat, repeatedly thrown by her against the kitchen countertop, made a loud, hollow sound. This was a sign that there would be ground chops for dinner. Today I associate that sound in a different way – with the explosions of bombs dropped on Ukrainian homes. Every life is a value in itself, but the Russian Federation has no respect for the lives of Ukrainian women and children, as well as its own citizens thrown to the battlefront like this meat – cannon meat.

Russia’s brutal war in Ukraine brings indescribable pain and suffering every day. Finally, after nearly 240 days of heroic defense, there has been a change – pushing the front back and the long-awaited Ukrainian counteroffensive. Amidst all the bloody hell inflicted on us by the invaders there is new hope. My work Counteroffensive relates directly to this event.