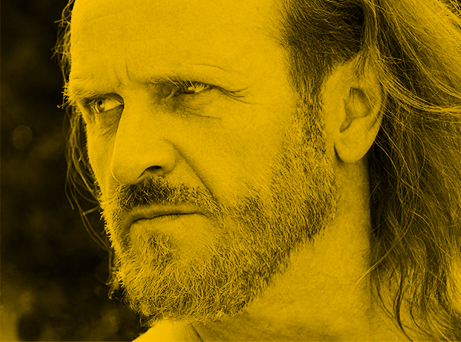 (b. 1960, Zakopane, Poland)
He graduated from the Antoni Kenar Secondary School of Fine Arts in Zakopane. In 1986, he graduated from PWSSP (State School of Fine Arts) in Wrocław with a diploma in sculpture under professor Feliks Kociankowski and drawing under professor Leon Podsiadły. Since 1986, he has been employed at PWSSP in Wrocław in the Drawing Studio run by professor Leon Podsiadły. University professor since 2014. Currently, he runs two studios: Sculpture Studio (diploma-awarding) and Intermedia Studio for four-year sculpture students. He works with the following artistic disciplines and strategies: sculpture and derivative actions: object, installation, enviromance, performance, anonymous interventions in public space, drawing, photography, film, design. He has participated in all kinds of individual and group exhibitions. Moreover, he undertakes activities popularizing art. The aim of the recently launched series is to extend the spectrum of “art” to “niche” artists, releasing the art recipient from the current of the regulated river, one of the art rivers.

I was shaped by a changing reality, several economic, maybe even philosophical epochs, a specific place on earth, aggressive nature and expressive culture towards which it is impossible to be indifferent. There I began to see ordinary BEAUTY and look for it in all aspects of existence. Many years, many changes. The sentiments and awareness of the collapse (despite modifications) of such a laboriously built model remained. I understand the inevitability of changes resulting from development (nature), but I also know that I do not have to follow all of them or even accept them. They exist, it is their right – nature. Happiness and a curse of future generations.

Perhaps now the effects of my work are only a reflection on passing – a reflection so unfashionable. But I still want them to have a form that is soul-friendly and pleasing to the eye. Are they also meant to serve a purpose? It would be good if they cooled down bad emotions, if they helped to distinguish them at all, if they gave an impulse to look from other than our own perspective. Otherwise, only Eve will remain.

And it will happen. EVE will have it all, and this “all” will be perfectly balanced, maybe zero-one and stable. Will she then be as lonely as Adam used to be?